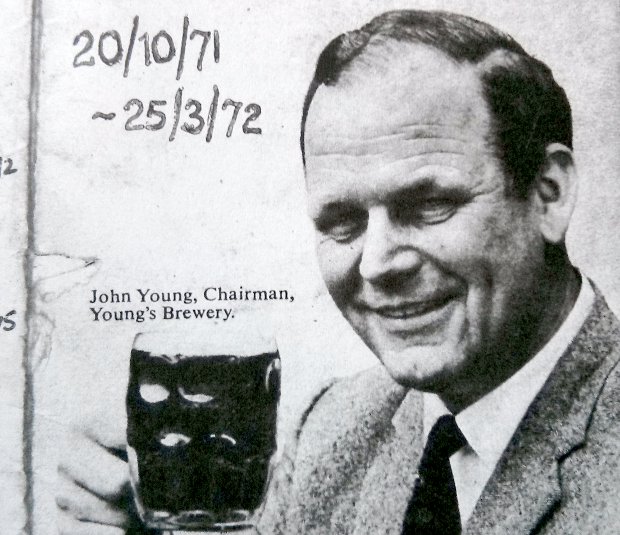 Fact: a geek will try to collect every item on any list he or she is given, and absolutely will not stop, ever, until it is ticked.

Since we spoke to CAMRA-founder Michael Hardman last year, we’ve been keen to get our hands on a copy of an influential publication he told us about — Young’s Brewery’s Real Draught Beer and Where to Find it. First published in the mid-sixties, it represents, we think, the first use of the term ‘real’ in connection to beer in this way, and perhaps begot ‘real ale’. Now, thanks to John Green, CAMRA’s first employee, we have a photocopy of the 1971 edition.

Green was discovered by CAMRA after he was featured in the local paper in St Albans after becoming a member of the 135 Association by drinking at every pub listed in the pamphlet. Graham Lees, another founder member of the Campaign, happened to be working on the paper in question and gave him a call. Like many such relics, it’s interesting not only in itself, but also because it’s covered in annotations — in this case, A to Z map references and crosses against the name of each pub.

This kind of thing is great PR, and a tactic still in use: only last week, we noted that the Post Office Vaults in Birmingham were offering a ‘beer passport’ for £2, listing 200 of their bottled beers. On drinking one bottle of each, and getting a stamp, the holder is entitled to a case of beer. (Sadly, there is no embroidered tie.) There were two students earnestly working their way through the Schlenkerla Rauchbiers on our visit.

One thought on “How to Snare a Beer Geek”