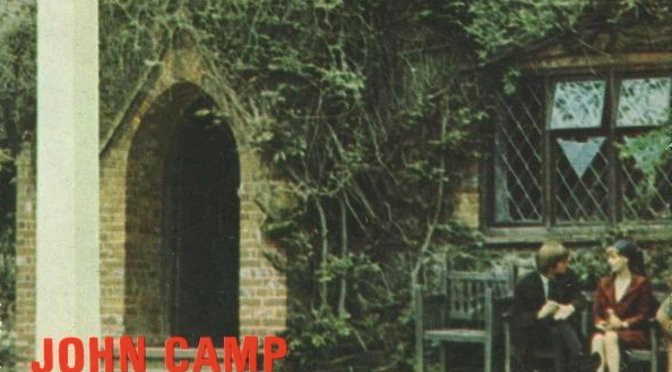 Pub guides aren’t really designed to be read, and long stretches of this one are pretty dry, but there was just enough salt in the caramel to keep us going to the end.

The Lambert Arms, Aston Rowant: ‘Special drinks’ include Courage’s E.I.P.A. — would that be East India Pale Ale? The beer index at the back doesn’t elaborate and this is the only pub in the book serving it.

The Inn Within, Banbury: ‘It is a free house, but might better be described as a “free-for-all” house. Victorian in design, one of the several barn-like bars is decorated almost entirely with mirrors, the result being an impression of being in the centre of a long series of identical rooms stretching away into the void.’ An early use of ‘barn-like’, there, now frequently applied to Wetherspoon pubs and similar. Was this Scaramanga’s Fun House arrangement not confusing to drunks? ‘At various times one may enjoy roller-skating, all-in wrestling, or simply relax and watch a boxing match!’ (There’s more on all this at the Banbury Guardian.)

The Reindeer, Banbury: ‘The great glory of The Reindeer was, at one time, the Globe Room… [with] magnificent plaster ceiling and panelling said to have been designed by Inigo Jones. Ceiling and panelling were removed and sold to an American collector, but before this act of desecration could be completed an enlightened corporation bought them back, and happily they remain in this country… Unhappily there were not re-installed in the Globe Room.’ A rare bit of good news: eventually, they were.

The Chicken in a Basket, Benson-on-Thames: well, there’s a period name. ‘No wood casks here, though the Mackeson’s and Tankard Keg provided serve as an admirable substitute.’ Mr Camp had obviously not received the memo in re: the evil of keg. (Renamed then demolished.)

The Coach and Horses, Chiselhampton: ‘Courage own this pub, and a great feature is made of the fact that the beer is all “from the wood”. The great barrels can be seen in the cellar, just behind the bar…’ OK, he’s really not buying into the hype.

The Bell, Ducklington: ‘[The] public bar contains a delightful collection of tiny bells of varying sizes and varying tones, which are use to signal the approach of “Time”. Few pubs have thought of such a harmonious way of ejecting their customers.’

The Red Lion, Eynsham: ‘One odd thing… is that you cannot buy ordinary draught bitter. [Morrell] Varsity Keg Bitter is available, but ordinary beer comes as draught light.’ This is confusing: we thought light ale was just bottled bitter. Or does he mean light mild?

The Langston Arms, Kingham: ‘It also has what appears to be a perfectly genuine ghost, a rare phenomenon in a trade where ghost stories of doubtful authenticity are carefully kept alive by publicity-minded licensees.’ Campaign for Real Ghosts!

The French Horn, Sonning Eye: ‘The absence of draught bitter and substitution of keg-type ale is an increasingly common feature of the better-class hotel bar today. Here, The French Horn goes one better and sells no draught beer in any form, only bottled… [Why] a drinker of bottled beer should be considered in a higher social scale than the drinker of draught beer is a little difficult to understand.’

The Swan, Tetsworth: Notable primarily because it ‘supplies at least eight or nine different brews of beer including draught Bass and draught Guinness.’ The others were Worthington E, Double Diamond, Watney’s Red Barrel, Flower’s Keg and Mitchells & Butler (mild and bitter, presumably).

The Black Horse, Thame: ‘It is becoming more and more common to find pubs selling chocolates, sweets and other peace offerings for delinquent husbands. The Black Horse is different in that the chocolates on sale are made specially for the house.’ Is Mr Camp teasing, or can anyone confirm that this was really ‘a thing’ in the 1960s?

The Oak, Aston Clinton: ‘[There] is no bar… With that cheerful disregard for convenience found in most domestic buildings up to Victorian times, the cellar is at the opposite end of the house from the tap room.’ This strikes us as the kind of appealing oddity that didn’t, in many cases, survive the 1980s. The Oak, now owned by Fuller’s, certainly appears to have a bar these days.

The Shoulder of Mutton, Bletchley: ‘The beer is Flower’s, and it is all from keg — there is no draught. For the older bitter-drinker, set in his ways and notoriously critical of his beer, this might, perhaps, be considered a drawback. But this is the tendency today, and the generation now beginning to develop a palate for beer will one day describe to their grandchildren those far-off days when the beer came in wooden casks, and needed such care before it was ready to sell.’ This is our favourite bit in the whole book. The generation then beginning to develop their palates went on, of course, to found CAMRA and fill its ranks in the tens of thousands during the 1970s.

The Turnpike, Booker: ‘When this pub was built a few years ago the brewers (Courage) decided to call it The Jolly Sandboy. There was an immediate howl of rage from the locals at this, although why such exception was taken is not quite clear.’ An early example of the political-correctness-gone-mad from tendency from Mr Camp, there, who finds himself on the wrong side of history 50 years on.

The Sun Hotel, Brill: ‘The Sun really does cater for the pipe-smoker, and less than fourteen different brands of tobacco are available.’ If smoking hadn’t been banned in pubs, is this the kind of thing we might have expected to see in the trendier type of bar? 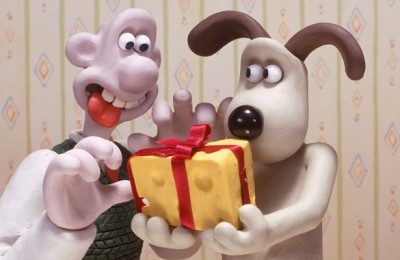 The Plough, Cadsden: ‘There is also plenty of food, which includes thirty varieties of cheese.’ There has not been a cheese ban in pubs, however, and there is no reason why this could not be a wonderful reality today.

The Ostrich, Colnbrook: ‘A bed in one of the rooms… was ingeniously placed on top of a trap door…’ Nope.

The Fox, Dunsmore: ‘There is a pleasant garden, complete with a miniature golf-course, and, most surprising of all, a donkey called Lucifer who is partial to gin and well on a the way to being a founder-member of Equine Alcoholics.’ This is messed up.

The Royal Standard of England, Forty Green: ‘This is a free house, selling various draught and bottled beers, and also its own black and potent Burton brew known as “Owd Roger”. This is frightening stuff and should be treated with the utmost respect…’ Brewing ceased at the RSOE as recently as 2013 and may return.

The Bull, Gerrards Cross: ‘The beer-pumps themselves are curious, being worked by foot and not by hand.’ Well, why not?

The Nag’s Head, Great Missenden: ‘Down three steps and you are in the… bar proper, gazing into the eyes of one of the many attractive young ladies who take turns dishing out the booze… It is difficult to know whether this old pub attracts the younger element because of the staff, or whether the girls like working there because of the young men.’ One to file under ‘Barmaids as Sex Objects‘.

Ye Exchange, High Wycombe: ‘Additional character is provided by the two licensees, bearing the unlikely name of Plato and known far and wide as The Battling Brothers.’ Oh, he’s making this up! There’s a #BeeryLongreads post in this, surely, or perhaps a novel…

The Globe Inn, Linslade: ‘The immediate impression upon entering is that the place is run by a family of dwarfs. This illusion is created by the fact that the floor level behind the bar is some two feet lower than the room itself. it is a relief to find that the row of apparently disembodied heads which greets one really belongs to normal-sized people.’ Brilliant! Is it still like this? A quick Google suggests not.

The Royal Oak, Little Missenden: ‘For the connoisseur there is draught Guinness, a beer well worth seeking out.’ Not for the first time we ask: how on earth did Diageo manage to let this cachet fade?

The Pink & Lily, Princes Risborough: ‘There is no bar, just a serving hatch… Yet another oddity in this unusual pub is that the landlord has to go down into his very fine cellar to draw every pint.’ Now has a bar and proper pumps, perhaps unsurprisingly.

The Shoulder of Mutton, Wendover: ‘There is “The Snug”, “The Beefeater Bar” and “The Softbeat Bar”… where couples dance or sit in tactfully subdued lighting… It is a pleasant sight, and if you are over thirty makes you wish you were not.’ Mr Camp becomes Mr Creepy, and if Softbeat isn’t a niche sub-genre of sixties psychedelic music, it ought to be.

The Red Lion, Wexham: ‘The stone flags lead to an enormously high counter from which the landlord peers down at you, examining the top of your head.’ What was with Buckinghamshire and its sunken/raised/absent bars?