Ah, the Golden Pints — a grim obligation undertaken out of habit rather than joy, a mere ‘circle jerk’, a relic of a past era of beer blogging…

Nah, we like ’em. We enjoy the chance to reflect, and to think about what we’ve actually been drinking and which beers have really stuck with us down the months.

We also enjoy reading other people’s. They’re often biased, full of odd choices, and demonstrate unabashed local boosterism… Which is what makes them great. When there are enough of them trends emerge and the same names to crop up again and again. And you know that beers and breweries from one part of the country grudgingly mentioned in Golden Pints from another must really be something.

We’ve decided this year that an important test of Golden Pint status is repeatability — in a landscape of infinite variety and choice, did a particular beer warrant a second pint? Did a particular pub demand a second visit despite the temptation to explore new territory?

With all that in mind, here’s what we came up with, omitting any category to which we didn’t feel we could give a decent answer.

Our shortlist included Bristol Beer Factory Papillon, Moor Stout, Young’s Bitter and Hawkshead Windermere Pale. All passed the multiple pint test and, indeed, all passed the multiple session test. But Young’s Bitter, though it blew our minds in the summer, seems to be in the process of losing its magic again (the jury is out); Moor Stout, though wonderful, excited Ray more than it did Jessica; and Windermere’s appeal is at least partly functional — we can drink a lot of it without a whisper of a headache the next day. So the winner is BBF Papillon.

At 4.3% it is sessionable but robust and — perhaps betraying our age and the period when we learned to love beer — is a pure, wonderful expression of Cascade hop character, which we love and rather miss. 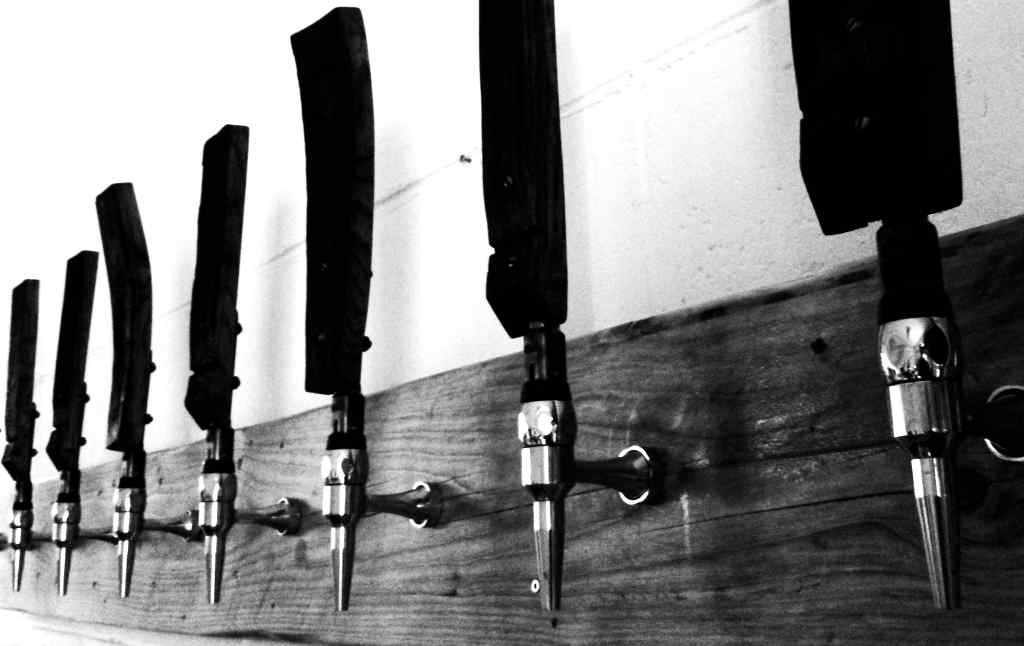 This is particularly interesting to reflect on. For the first part of the year we were down in Penzance where interesting keg beer was scarce, but even since moving to Bristol we’ve drunk relatively little. That’s partly because there’s so much enticing cask ale around (the fault line seems less distinct here than some other places) but also down to the fact that when we have explored keg beer, so little of it seemed to really click. (In particular, we tried so hard to get NEIPA, half after expensive half, but still don’t.)

One that did stick in our minds, though, is Tiny Rebel Stay Puft Marshmallow Porter. We drank it at the wonderful Vessel in Plymouth while researching our (now defunct) Devon Life column and enjoyed it in the same way as wackily-flavoured jelly beans or some Heston Blumenthal novelty dish. That is, it was more astonishing and mind-bending than actually likeable, but we couldn’t stop going back for just a bit more.

We’ve got an obnoxious answer to this one: it was the 1970 Barclay’s Russian Imperial Stout Ray bought at a car boot sale for £1.50.  (Tasting notes here.) It’s not as daft an idea as it might seem: it turns out these beers are around and can be acquired for relatively little. Go and check the grandparents’ basement and keep your eyes peeled in junk-shops.

But if we must choose something less hipsterish and obscure then we’re going to mention a recent hit: Marble Saison du Pint. It’s a classic northern pale ale finished with Belgian saison yeast and the results were wonderful — all the fun of Saison du Pont at 3.9% ABV! Such a simple, clever idea.

We’ve been developing an interest in Brussels brewery de la Senne for a while but this year it really tipped over into outright adoration. Having warmed up with various bottles at home and in Bristol’s own Belgian beer bar, the Strawberry Thief, on our recent trip to Brussels we really went to town. It says something that in a city with hundreds of bars and all the Belgian beers you could dream of, we kept coming back to this one brewery, and eventually to one particular beer: Bruxellensis. In some sense it’s a clone of, or rather tribute to, Orval. We need to drink more of both before we opine on the differences between the two but suffice to say we’ve now got a supply in and it continues to delight.

We don’t normally bother with this category but it finally happened: someone did something that really excited us. Yes, predictably, as Fuller’s fan-persons, it’s the Fuller’s & Friends box set. Brewing six beers with six different modern British breweries was just such a classy move.

We wrote up our notes for Patreon subscribers here but, short version, we loved all but one of the beers. Last weekend, we brought two boxes to a party and they went down well there, too, with something for every taste and, let’s not forget, at only £2 a bottle.

This is always difficult to call but because we’re always excited to see their beer on offer, because they cover such a range of styles, because the slightly conservative cleanness of it all appeals perfectly to our palates, and because they brewed our favourite beer of the year, it’s Bristol Beer Factory.

We’re going to put together a post breaking down our first six months of Bristol pub-going but the headlines are that the Draper’s Arms (our local) is our most visited pub with the Barley Mow by Temple Meads a close second. But we’re going to dodge the fraught business of choosing a local favourite by giving this one, once again, to the Star Inn at Crowlas, near Penzance. Its perhaps the thing we miss most from Cornwall and was on particularly good form for the first part of this year, inspiring Ray to write this tribute. We probably won’t get chance to visit again any time soon so this is a final farewell gesture.

She wrote one of our very favourite posts of the year, her pub crawl accounts are brilliantly written, and we’d happily read twice, three times, four times the amount of posts if she wrote them: it’s Kirst Walker (@doubleshiny) at Lady Sinks the Booze.