Here’s all the writing on beer and pubs that grabbed our attention in the past week, from brewery founders to Blackfriars.

A bit of pub ownership news: Stonegate has bought Ei Group (formerly Enterprise Inns). This adds 4,000 pubs to the Stonegate estate making it the largest in the UK. Never heard of Stonegate? Not many people have. It operates through sub-brands and tends to keep its name off fascias and in-pub collateral. 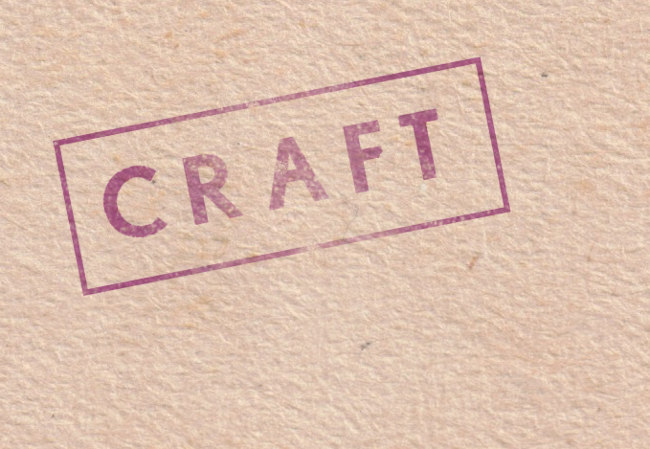 For Ferment, the promotional magazine of beer retailer Beer52, Matt Curtis has been reflecting on the tricks multinational brewing companies use in attempting to convince consumers that their beer brands are Well Craft:

Compare [1990s lager ads] to recent advertising by Maltsmiths—a pseudo-craft sub brand invented by the marketing masterminds at Dutch multinational, Heineken—and you’ll see something quite different. In its advertising there is no nod to the provenance of its ingredients or the brewery in Scotland where it is made. Instead we see a young, female brewer, cartwheeling over hose pipes and around fermentation vessels seemingly in celebration of the beer’s very existence. Honestly, if health and safety got wind of this there’d be hell to pay.

For Deserter Tristan Parker has written about the history and present incarnation of The Fellowship at Bellingham, south London – a pub we studied for 20th Century Pub and visited during its final days as a half-derelict, quiet, down-at-heel boozer. These days, though…

Locals seemed understandably pleased to have a buzzy new pub, as what felt like most of Bellingham appeared to be inside. This was a good sign: The Fellowship was redeveloped to serve the community and on day one that’s exactly what it was doing. Let’s hope that continues… Inside, it’s a vast space that still retains some of the look of the old venue, plus a bit of kooky art and kitsch wallpaper here and there. Reminders of the pub’s past also adorn the walls, including boxing gloves and photos of ‘Our ’Enry’ battling Ali. 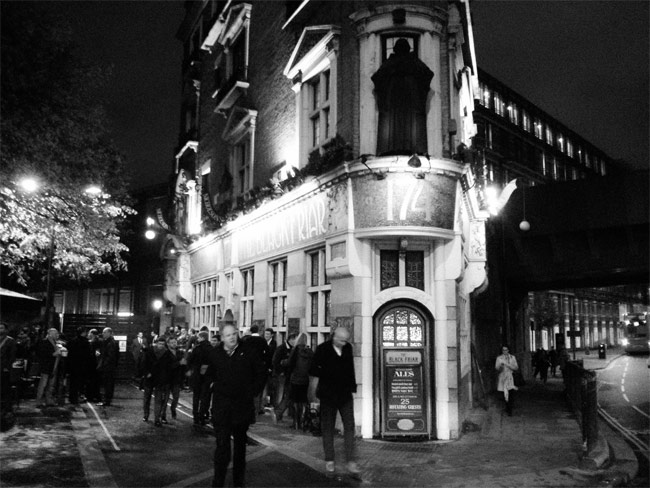 Meanwhile, Jane Peyton has been hanging out at The Blackfriar, a famous Victorian-Edwardian pub just beyond the boundary of the City of London, and expresses great enthusiasm for its over-the-top 1905 decorative scheme:

It’s show-time! That phrase sings in my head each time I visit London’s Blackfriar pub. If Walt Disney had been a pub designer this is what he would have devised. Every surface of this spectacular Arts & Crafts/Art Nouveau hostelry is decorated and then decorated again. More is more is more. If minimalism is your style then either wear sunglasses in this pub or go to the post-industrial concrete bunker boozer nearby.

It’s not often we feel moved to link to any brewery’s official blog but we’d like to see more posts like Fyne Ales biographical tribute to its founder, Jonny Delap, who died in 2009:

Born in Kenya and raised by his great uncle (his father threw him out when he was six years old), Jonny first came to the UK when he was 13 to complete his schooling, before returning to Kenya to work on his uncle’s farm. His goal was to gain enough experience to qualify for further study at Devon’s Seale-Hayne agricultural college, but there were a couple of bumps in his road back to the UK. Firstly, his father tried to have him kidnapped because he thought Jonny was wasting his time with farming and should join the Kenyan army. Fortunately it was thwarted when Jonny bought the would-be kidnappers a pint and convinced them it would be a bad idea. Secondly, the college wouldn’t admit him based on his time working in Kenya, demanding instead that his practical experience be undertaken in the UK.

Dutty Ken at Star And Garter 4 years ago today pic.twitter.com/jlL6SqFBSr

And that’s it. For more links and reading check out Alan McLeod on Thursday and Stan Hieronymus on Monday.