Here’s everything we wrote from our underground bunker in suburban Bristol, surrounded by stacks of toilet paper and crushed beer cans, during the month of April.

We kicked the month off by asking when and how pub quizzes became a standard component of British social lives. The answer turned out to be, to our surprise, the 1950s:

BIG Jim Traynor, a pint of beer at his elbow, settled down in a corner of a Liverpool tap-room, opened a packet of crisps, and began to study an encyclopaedia. Across the table, Charlie Vipond, from the local gasworks, eagerly flicked through the pages of Whitaker’s Almanack. ‘Hey, mate,’ he shouted, ‘what year did Henry VIII lop off Anne Boleyn’s head?’ No one batted an eyelid. It was just part of the latest pub craze… QUIZ MANIA.

For obvious reasons, we’ve been thinking about the part pubs play in society, which led us to go back to Ray Oldenburg’s 1989 book The Great Good Place. First, we interested in exploring his idea of ‘the third place’ at a time when many of don’t even have a second place:

Virtual pubs are a good idea, they’re necessary, but will anyone voluntarily subject themselves to the experience once the real thing becomes available again? Not often, we suspect… As Ray Oldenburg and others argue, spending time in the third place is not merely a pastime or preference – it’s a deep-seated, basic human need.

Then we thought about one of the suggestions Oldenburg makes in his chapter on English pubs – that intimacy (smallness) is what makes them special:

Based on our experience of drinking in The Drapers Arms, Oldenburg was on to something: it doesn’t matter that the building isn’t traditional, or that the fixtures and fittings aren’t authentic Victorian, because the space sends the right signals to the pubgoer’s brain.

There was a thread there that we couldn’t help but keep tugging at: Oldenburg cited Frank Dobie’s 1946 book A Texan in England, a copy of which we had to acquire. His observations on pubs on Cambridge during the war are fascinating to read 80 years on:

The Baron of Beef, out of bounds for American soldiers; The Angel, where soldiers are too thick for anybody else to get in bounds; The Castle, where the matured barmaid combines dignity with easy welcome; The Jug and Bottle, where citizens take their pitchers to be filled; The Red Cow, too cavelike for cheer; The Bun Shop, often in stock when other pubs have run out but too garrulous for conversation; The Hat and Feathers, too far away; The Little Rose, just what is should be.

In the Once Upon a Times, we bought some dusty 40-year-old beers in a junk shop in Stroud, opened them, and took notes. We finally got round to writing those up:

Greene King Audit Barley Wine was the winner. It reminded us of Harvey’s Prince of Denmark – a mellower, milder take on imperial stout. On opening, there was a very slight hiss. It produced loose bubbles and barely held a head. There was berry, sherry, leather and… cheese? That makes it sound more complex than it was. Overall, it was pleasant, boosted by the sheer timebending thrill of consuming something bottled when we were babies.

In search of distraction, Ray has been flicking through P.G. Wodehouse, and noticed for the first time the commentary on pubs provided in the Mr Mulliner stories. We spent a happy morning digging through them together and summarised our findings:

In the second story, ‘A Slice of Life’, we meet a recurring character, the barmaid Miss Postlethwaite. We don’t learn much about her in this brief first appearance other than that she likes going to the pictures to see films on their first night of release and that she is ‘courteous and efficient’. Elsewhere, she is ‘able and vigilant’, ‘gifted and popular’ and ‘a girl of exquisite sensibility and devoutness’.

On telly, we continued to enjoy Minder, episodes of which typically feature at least two different West London pubs captured in their 1970s-80s glory. Nostalgia is fine but when we caught an episode from 1984 which centres around an Irish theme pub, before Irish theme pubs were supposed to exist outside Liverpool, it shook us:

To clarify, there are Irish pubs (pubs in Ireland) and Irish pubs (pubs in other countries frequented by Irish people) but we’re talking about (fiddle music plays, party poppers go off) Irish Pubs, providing a kind of Disneyland Irish experience… Now, The Blarney Stone is fictional, but why would the writers make this joke if Irish theme pub makeovers weren’t something in the popular imagination, that ITV viewers might recognise as ‘a thing’?

The drinking habits of young people was obviously a worry during wartime. Having written about Mass Observation’s report on the same subject in March, we found a similar study commissioned by A Monthly Bulletin in 1941, with a particular emphasis on young women:

Women can restrain and sweeten any human company. The character of the public house is going in the long run to depend appreciably upon them. They are fortunate in the occasion of their new fashion, because beer has become the universal drink and the popular beer to-day is barely intoxicating. Could they not think a little, plan a little, and definitely accept the duty of adding to public house life virtues proportionate to their own powers of inspiration? 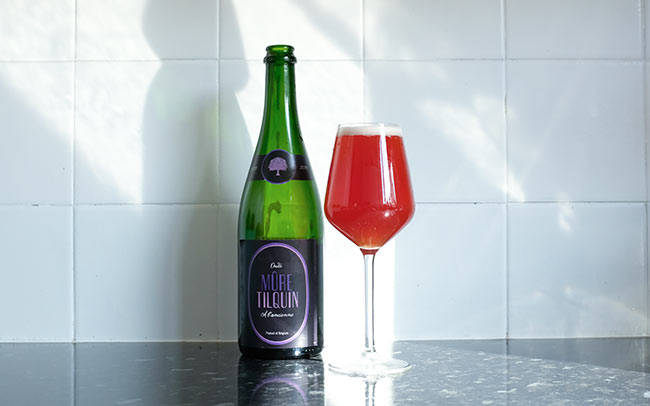 As the month drew to a close, we found ourselves itching to write about beer. Jess kicked off this final stretch with her notes on a blackberry gueuze from Tilquin:

It was marked 2018-19 with a science-fiction best before date of 2029… It’s comforting to have this kind of ‘special beer’ in the stash – something that you know will be interesting, at least: IN CASE OF UNEXPECTED GLOOM, POP CORK. And, well, that moment came at the weekend.

Finally, we offered thoughts on the bedrock beers of our lockdown experience: Jaipur and Lukas, both from Thornbridge. We’ve always liked Jaipur. We continue to like Jaipur. And canned Jaipur is a bloody marvel:

A glass filled to the brim with the contents of most of two cans is about as close to a pint of cask ale as we’ve been able to get at home… The softness, the depth, the green-fingered freshness, the mysterious electricity – they’re all there… Sure, we’d rather be in the Drapers Arms, but Jaipur and chunks of cheese on Sunday night is holding the madness at bay.

We also turned in four weekly round-ups of news, nuggets and longreads:

On Twitter, this prompted some great responses which we’d encourage you to check out:

What's the one blog post, article or book you've written about beer and/or pubs that you'd like to remind the world about right now? Why is it special to you, and where can it be found?

Our newsletter (sign up here!) went out mid-month, too, this time announcing #BeeryLongReads2020 on 8 May and providing writing prompts, advice on crafting a blog post and tips on setting up a blog.