Here’s all the news and commentary on beer and pubs that struck us as particularly interesting in the past week, from hop farms of the Weald to hardware stores of Worksop.

Various people have been pondering a set of important interconnected questions in the past week: when will pubs re-open? Will people want to go to them when they do? And how could it be done safely?

We share Tandleman’s anxiety that some people, having been forced to find ways to enjoy drinking £2 bottles at home, might struggle to find the motivation to return to £4 pints at the pub. His evidence is compelling, too: if it’s crossed even his mind, why wouldn’t it have occurred to others?

Mark Johnson’s detailed consideration of how the re-opening of pubs might work in practice is extremely though-provoking, not least his constant exhortation that, yes, most of the suggested measures will make pubs less convivial and occasionally frustrating but the alternative – no pubs for a year – doesn’t bear thinking about.

And for Look at Brew, Rachel Smith writes about her confidence that whatever coping mechanisms we develop during these strange times, we’re creatures of habit who will return to the old ways as soon as the opportunity arises:

I wonder how many new habits will have been formed over these weeks of altered routine. I like my new habit of ambling riverside, I like seeing the way the local nature changes week by week under the watchful eyes of the old oaks, just a few minutes from the town centre. It seems the high street’s death has been put on a fast track, though, as larger retail outlets may never recover from this period which has seen folk resort to online ordering and staying super local, supporting smaller independent shops nearby. But what about pubs? Pubs are different. There is no substitute for going to the pub, no matter how hard some voices may try to convince us otherwise. As nature is returning to some parts of the country during lockdown, so too will wildlife of a different nature return to the pubs and social clubs when this is over.

We’ve taken to talking about the COVID-19 event as The Great Disruptor. Lots of stuff that would otherwise have been unthinkable, or years down the road, will just happen. However things unfold, we don’t think UK pubs will look or feel the same at the end of 2021 as they did at the end of 2019. 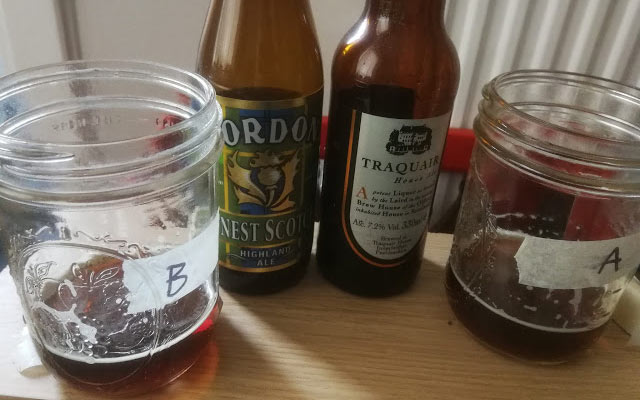 Robbie Pickering AKA Barm AKA @robsterowski has been pondering ‘Scotch ale’ and blind-tasted two famous examples side-by-side: Gordon Scotch, from Belgium, and Traquair House Ale, from Scotland. He found them more similar than he expected:

Both a deep ruby red and even the foam appears identical. To look at them you’d think they were the same beer… While both are quite sweet, beer A is drier than beer B, while also being not so much fuller in body as chewier. Slight vanilla, crystal malt (I never like to identify specific ingredients, but if there is no crystal in this I will eat my hat) and a slight huskiness.

At Beervana, Jeff Alworth provides notes on a classic beer, Orval, the appeal of which is far from universal and which might be said to be the most mysterious of the famous flagships:

The founding brewer was Martin Pappenheimer, a German rather than a Belgian. (The monks at Orval have never brewed themselves, though the facility is on the monastery grounds. It exists to generate revenue to fund operations.) His assistant was John Vanhuele who was Belgian—though he had brewed for years in Britain. This makes some sense. Germans had mastered “modern” brewing (lagerbier), while the British had for centuries been country leading innovation and quality standards… Of the two, though, it was Vanhuele who seems to have had the most influence—for Orval bears a far closer resemblance to British beer than German. 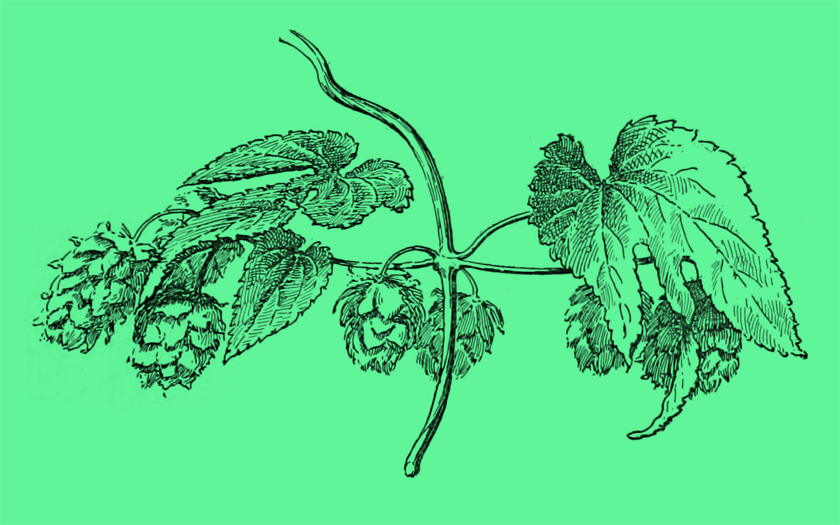 Last July, Will Hawkes visited Haffenden Farm to meet Ross Hukins and talk about English hops, as recounted at Pellicle:

Not too long ago, Ross would have been one among many local hop farmers with hopeful eyes trained on each passing cloud. The Weald of Kent, which borders Sussex, had 4000 acres of hop gardens in 1979, 30% of England’s total. Even that represented a steep decline from the heyday of the late 19th century, but the last 40 years have been particularly cruel. Hop prices fell through the floor in the 1980s. The Wealden countryside is characterised by the distinctive white hood-like cowls of traditional Kentish oast houses—buildings in which hops were once dried—but virtually all of them have now been converted into homes. 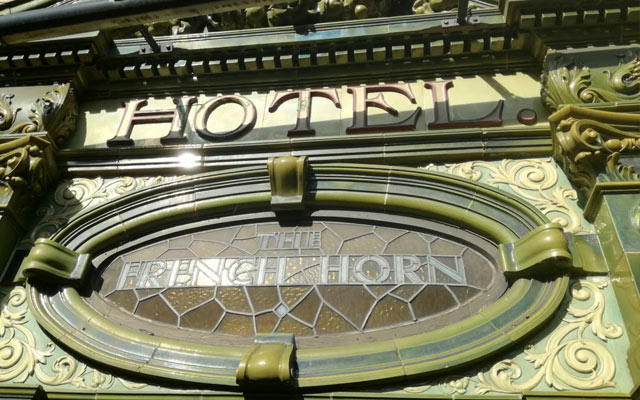 We don’t mind admitting that Worksop in Nottinghamshire wasn’t on our post-lockdown must-visit list but Martin Taylor has convinced us with his summary of its small town charm and pub culture:

The barmaid is taken back by my request for a half.

“NO-ONE asks for a half in Worksop.”

You can trust a town where no-one asks for a half.

I don't think I could love this any more pic.twitter.com/QydkLBwFj5

One reply on “News, nuggets and longreads 2 May 2020: re-opening, reminiscing, reflecting”

As I write, I’m enjoying a 440ml can of delicious Bad Co Off Tempo DIPA2 (7.4%, juicy with sticky mouth feel from the dry hopping) bought for just two quid in Morrisons. The beers I’m buying for lockdown drinking are a consolation and an excuse to try beers I probably wouldn’t otherwise, but I’d much, much rather be in the Tynemouth Lodge having a Bass, or up the Ouseburn spending silly money on locally brewed craft. Anywhere really. My appreciation of the pub in its many forms has never been greater, and I’ll never take it for granted again.