The 1955 documentary We Live by the River provides a child’s-eye tour of post-war London including, of course, a stop off at the door of a busy pub – but which one?

You can watch the film here, as part of the excellent archive collection available via BBC iPlayer, or on YouTube if you’re outside the UK. The pub appears at about 21 minutes but it is worth watching the whole thing if you’re interested in the place and/or period.

The brief moment we spend in the pub offers one wonderful image after another – you could easily extract each one as a still photograph. 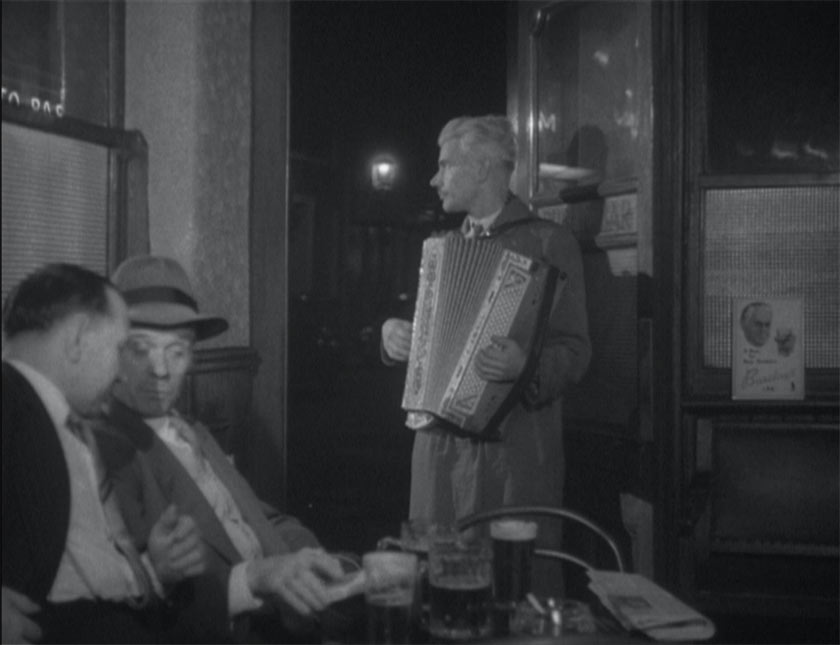 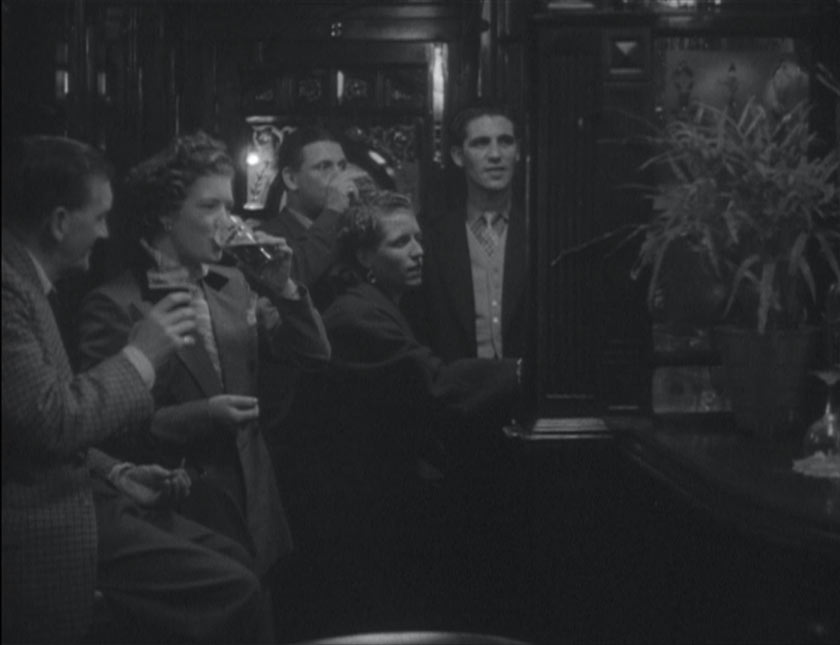 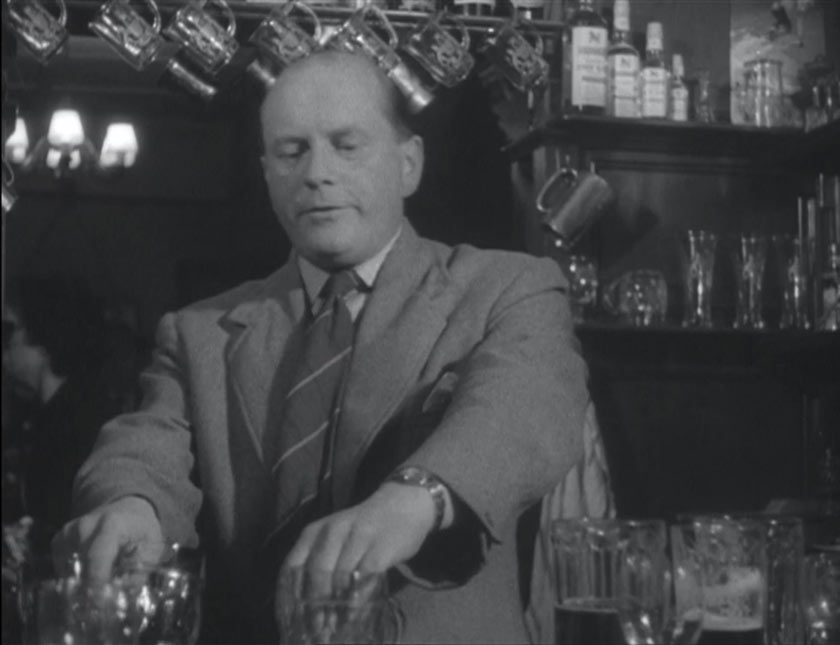 As we’ve said many times, shots of pub interiors with people drinking are oddly hard to come by so, even if these have the staged quality typical of British documentaries of this time, they’re a bit special.

From the information in the film, we can assume this pub is somewhere in Soho or Fitzrovia, can’t we?

It’s definitely a Barclay Perkins pub; and Barclay’s was subsumed by Courage, so you might have known it in that guise.

In terms of architecture, it’s got a corner door (although those are easily blocked up and moved); the exterior has what looks like marble and stone; the windows are rounded at the top.

Make your suggestions below – ideally with a link to photo evidence.

In the meantime, we can think of worse ways to spend Sunday than looking at every pub in central London on Street View.