Brut IPA is the niche beer style of the moment in the US and has been the focus of several substantial articles with headlines such as:

BRUT IPAS ARE THE BONE-DRY, CHAMPAGNE-LIKE BEER HOPHEADS CAN’T GET ENOUGH OF

Apart from making us thirsty all this got us thinking about the tendency to compare beer to Champagne and how far back it goes.

Without too much digging we found this in an edition of the Dublin Evening Post from 1783:

Bearing in mind that Champagne as we know it was still in the process of being invented in the 18th century, and that its tendency to sparkle was still considered a fault by many, this rates as pretty quick off the marks.

The most famous reference to beer resembling Champagne is one most of us came to via Michael ‘The Beer Hunter’ Jackson who said that Napoleon’s troops called Berliner Weisse “the Champagne of the North”. As he wasn’t much of a footnoter we haven’t been able to identify his source but this German book from 1822 says (our translation, tidied up from Google’s automatic effort, so approach with caution):

Berlin’s ‘Weissbier’ is a very popular drink in Berlin, which, when it is of good quality, is distinguished by a yellowish color, a wine-like body, a slightly acidic taste, and a strong sparkle, so that the French military gave it a name: Champagne du Nord.

Really, though, it’s just an irresistible comparison, isn’t it?

Often the similarity is merely superficial — most lagers would look like Champagne at first glance if you poured it into flutes — but sometimes there is a real similarity of flavour and mouthfeel. Mostly, though, it’s just irreverent fun to suggest that the Toffs are wasting all that money and effort acquiring Champagne when if only they weren’t such snobs they could have something just as good for a fraction of the price.

Published in 1869, it is set in the 17th century, and the following passage occurs when the hero, the burly Exmoor gentleman farmer John Ridd, is a guest at the house of a ‘foreign lady’ near Watchett in Somerset:

“Now what will ye please to eat?” she asked, with a lively glance at the size of my mouth: “that is always the first thing you people ask, in these barbarous places.”

“I will tell you by-and-by,” I answered, misliking this satire upon us; “but I might begin with a quart of ale, to enable me to speak, madam.”

“Very well. One quevart of be-or;” she called out to a little maid, who was her eldest child, no doubt. “It is to be expected, sir. Be-or, be-or, be-or, all day long, with you Englishmen!”

END_OF_DOCUMENT_TOKEN_TO_BE_REPLACED

It’s another of these snappy review videos from BuzzFeed, in this case a brewer tasting cheap wine. (Someone should give this feller a TV programme; we want to try that blue Star Wars wine; and video beer bloggers should take note of the pace…)

In Frankfurt, we’re told, Apfelwein is the thing to drink rather then the rather bland local pilsners. Similarly Stuttgart, the capital of Baden-Württemberg, is surrounded by vineyards, and seems more proud of its wine than its beer.

Nonetheless, there are several breweries in town, and even more brewery brands (takeovers), and so plenty to keep a beer geek entertained, if not necessarily happy, for a few days.

We know from our own experience that German city brewpubs are often disappointing, with sweet, yeasty beers that make us long for a properly made lager, however bland. Ron Pattinson’s European Beer Guide gave us no reason to expect differently of Stuttgart, but — the curse of the beer freak — we just had to find out for ourselves.

There’s not much to say about Calwer Eck‘s beer other than it was soupy, sweet and rather amateurish. The stronger, barley-water-like Braumeister (5.5% ABV) had marginally more character than the ‘naturtrübes’ pils (5%), but that isn’t necessarily a recommendation. (The food wasn’t much good either, including schnitzels which we guessed came from a packet in the deep freeze, and a ‘beer sauce’ which tasted suspiciously like instant gravy.)

We found Sophie’s Brauhaus a little more enjoyable, which isn’t saying much. From the outside, it looked like a knocking shop (red neon…) but inside, we found a reasonably cosy space full of excitable students, mostly drinking rather than eating. The pleasant pub-like atmosphere compelled us to stay for a second round, after which whatever charms we had found in the beer (the novelty of a Schwarzbier, and one that actually tasted dark, perhaps?) began to fade.

Despite the ubiquity of huge glowing signs advertising Stuttgarter Hofbräu, we didn’t see their pils for sale anywhere other than fast food joints and at the football stadium. If anyone knows the story behind why this might be the case, we’d love to hear it. (Something to do with being owned by Radeberger, perhaps?)

The fact that we didn’t stumble upon any Schwaben Bräu is perhaps more understandable: the brewery merged with another local giant, Dinkelacker, some years ago, and, though SB beers are still brewed, they seem to be ‘second stringers’. The exception is the classy, coffeeish ‘Das Schwarze’, which was a favourite of Michael Jackson’s, and is on sale at the Dinkelacker brewery tap (a plasticky place on Tübingerstrasse) alongside a slightly-hazy Kellerpils under the Cluss brand (fancy delicate glass, distinct strawberry-leaf hoppiness) and a solid set of ‘Sanwald’ wheat beers.

Dinkelacker’s own brand is reserved for the mainstream big-sellers, CD and Privat, both perfectly pleasant pilsners at 4.9% and 5.1% respectively, with the emphasis firmly on golden-syrup-maltiness. Not hugely exciting, but not utterly bland either, and certainly not nasty.

It felt odd to be in a German city where beer is treated either as a replacement for water, or a sideshow to wine, which has its own museum and designated walking route, but we know, really, that Germany is far too large and complex to be summed up simply as a ‘beer country’. 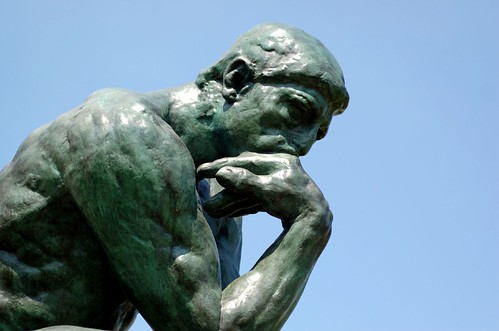 We recently asked people to recommend books which weren’t about beer but which could help us better understand beer, prompted by reminders from Knut and Alan that books on other topics do actually exist and can be all the more illuminating for their distance from The Obsession.

Gareth, who writes the Beer Advice blog, and has a background in wine retailing, suggested Questions of Taste: the Philosophy of Wine (Ed. Barry C. Smith, 2007), a collection of essays exploring what it really means to ‘taste’ wine. Is it possible to taste objectively? Which qualities are an essential part of the wine and which are projected by the taster? Are some wines really better than others in an objective sense? And so on.

If you’re allergic to the merest whiff of pretension, you won’t enjoy it, but, so far, like Johnny Five in search of input, we’re finding it very thought-provoking, and are already itching to write posts based on ideas therein.

Here’s one example from the essay ‘The Power of Tastes: Reconciling Science and Subjectivity’ by Ophelia Deroy:

Am I objective when I say that this wine tastes like ripe pineapple, or do I just indulge in association of memories, condemned to remain purely personal? Do I try to find rare tastes or fine adjectives to conform to a social ritual, in an arbitrary and perhaps pretentious way? But, even if socially codified, do these practices and ways of talking about wine transform the experience we have of it?

This set of all kinds of fireworks in our brains. We’ve certainly found ourselves thinking: “We can’t just call this beer hoppy — people won’t approve,” and so sipped, sniffed, struggled, trying to unlock a particular elusive aroma or flavour; and we recently saw a novice beer reviewer (one with a provocative sense of hubris) shot down for the lack of finesse in his tasting notes — for not going deep enough.

What if those elusive flavours just aren’t there? Or the label we’re putting on them only makes sense to us because we’re recalling a particular mango, of a particular variety, at a specific point of ripeness, that we ate at a particular time in a particular place?

Other recommendations — the further removed from beer the better — very welcome! Picture from Flickr Creative Commons.